What percentage of your games include enforcing any number of the uniform, apparel and accessory rules? 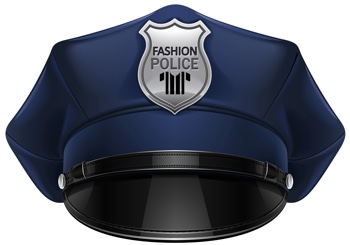 Invariably, we spend more time than we would like, re-dressing some infraction on the floor either before or during the contest.  And this often comes AFTER the conference with the coaches asking them to verify if all their players are properly dressed.

Good people can find some common ground on this matter to make things to be less intrusive and help take officials out of the spotlight as the ‘bad guy.’

A practical solution … let’s focus on getting the judgment decisions right along with the critical rules to keep the balance of play — and get the NFHS rule makers to listen to the customer —the players, coaches, and officials — and simplify some of these requirements which have NO EFFECT on the game.

Before we get into regulating socks and sneakers, let’s take a 60-second timeout and put a few reasonable suggestions on the table to consider:

So while we wait patiently and respectfully for meaningful change in this matter, your “60 Seconds on Officiating“ staff has created an easy-to-read, easy-to-understand, chart that you can download, print and stick in your uniform bag to help get your crew on the same “fashion police” page.

As always, we would love to hear from you — the Ref60 audience — on your ideas and recommendations to help remove these obstacles in the future.  Please post your comments below and maybe the NFHS rule makers will take notice!

10 thoughts on “Taking A ‘Clothes’ Look”